With everything that has gone on in the world, Air Force veteran Naomi Mathis has kept her eye on the important work of assisting veterans.

“I’ve been directly involved in assisting veterans to obtain the benefits that they have earned through their military service,” said Mathis.

Diligent in her advocacy for veterans, Mathis hasn’t been insulated from the impact of the pandemic. The coronavirus has affected her family and friends personally, with both loss and illness. But Mathis has experienced something else—something she says few people talk about but something that many veterans know all too well.

“We all know what it felt like to be locked down, supplies running out, food running low, a contagion so deadly and out of control that it was recommended to stay away from anyone and everyone; don’t touch anything and pray,” said Mathis. “Now, imagine what that was like for someone already battling PTSD.”

Mathis doesn’t have to imagine that battle—she lived it.

“It was a nightmare which, unfortunately, set me back in my mental health state,” said Mathis. “However, my children were safe and healthy, and I was able to work from home. This gave me a purpose that allowed me to climb out of the state I was in, get back into therapy and move forward.”

Mathis was a 23-year-old single mother when she left her job as an administrative assistant and enlisted in the Air Force. She was looking for a career that would provide security for her kids and give her a sense of purpose. That is exactly what she found through service to her country. But after three deployments, two to Kuwait and one to Baghdad, war had taken a toll on her.

Haunted by the sounds of bombs and gunfire and by the grief of losing friend and colleague Staff Sgt. Patrick Griffin Jr., who was killed in a convoy, Mathis found transitioning to civilian life to be a daunting experience. She felt both haunted by her past and lost outside her military life.

“I began to feel like I didn’t belong in my own skin,” said Mathis. “I started hearing booms that didn’t exist, seeing tracer rounds that weren’t there. I was very fearful for my children and their safety, but I wasn’t really being very empathetic with them on much of anything. I wasn’t able to connect with them anymore.”

She needed a new mission and security for her kids. But it wasn’t until Mathis began serving as a benefits advocate with DAV that she truly felt she could be a mom again. She realized she could make a profound difference in the lives of her fellow veterans, helping them receive the benefits they’ve earned.

“I love when someone says, ‘You haven’t seen this one before.’ I take the stance of, not only have I seen it, I’ve lived it. Now let’s get you through it. I can help walk you through this mess,’” said Mathis. “It gives me a chance to encourage them, too. There’ve been many tears shed in my office.”

Through her work as a DAV transition service officer, Mathis helped members who are fresh out of military service as well as veterans who never pursued the benefits they sacrificed to earn, and that’s meaningful to her.

“Whether it be a World War II veteran seeking help for the first time, a military retiree who was changed supporting our national defense or a young veteran wounded in Afghanistan or Iraq, DAV is a community and we need each other now more than ever,” said Mathis.

For Mathis, paying it forward to her fellow veterans and their families is what matters.

“DAV has helped make sure I am able to continue on, to take care of my family and really see that come around full circle to assisting others,” she said. “Through DAV, I was able to help the widow of the man who was killed in our convoy and to help her understand her benefits. That’s so powerful. That’s what I want people to know. With DAV, it works.”

Mathis said she is proud to be part of an organization that also advocates for critical changes in law, such as the Blue Water Navy Vietnam Veterans Act passed in 2019.

“I have assisted veterans who are in their later years and finally obtained the benefits they’ve earned, many of which they didn’t even apply for over the years because they were told, ‘You can’t,’” said Mathis. “Unfortunately, we have lost many due to the effects of Agent Orange, and they aren’t around to see they are finally being recognized.”

Mathis has also taken a leadership role for her local DAV chapter.

“We are working hard on ramping things back up and helping take it to the next level while still sticking with our vision of assisting our local veterans.”

A proud mother, Mathis says her children are making their own mark in the world and making her proud, but she never forgets fallen friends who did not return home to their families.

“My youngest son is a freshman in high school and will get to start driving this year, but it’s not lost on me that many, like Staff Sgt. Patrick Griffin, did not get to see their children begin to drive,” said Mathis.

In spite of a difficult year, Mathis said she is pleased to see progress that benefits those who’ve served and to be a part of the solution that ensures promises are kept to veterans, their families and survivors. 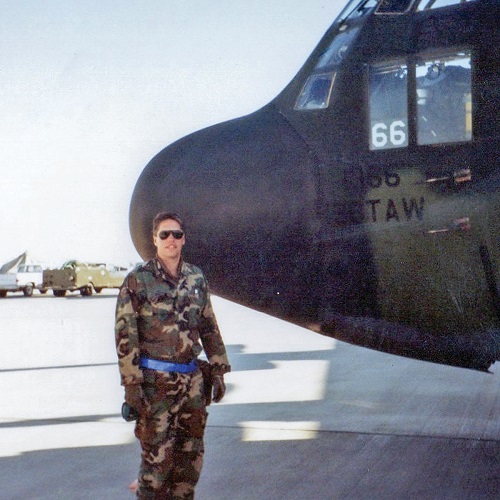 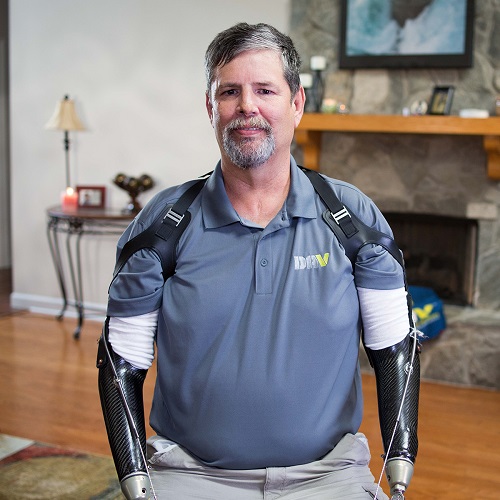 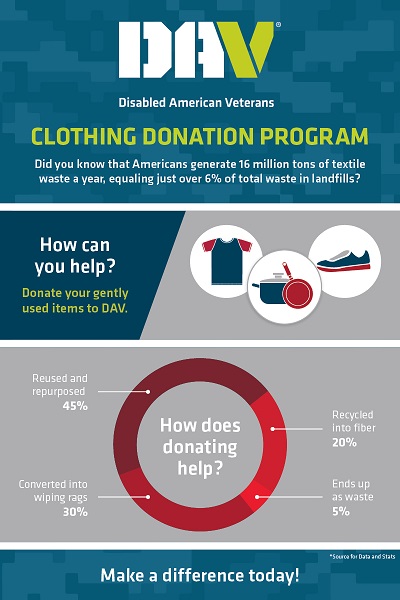 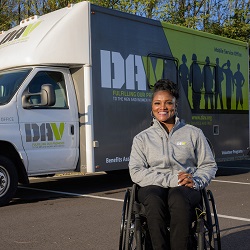 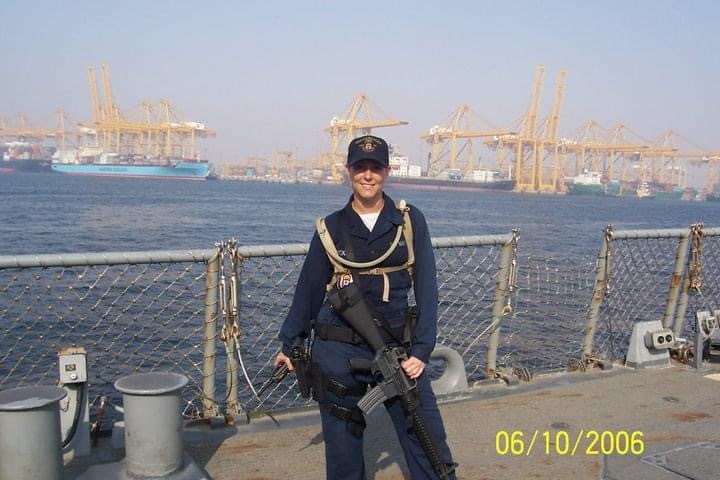 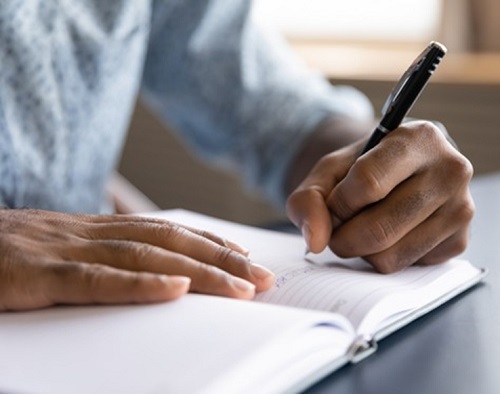 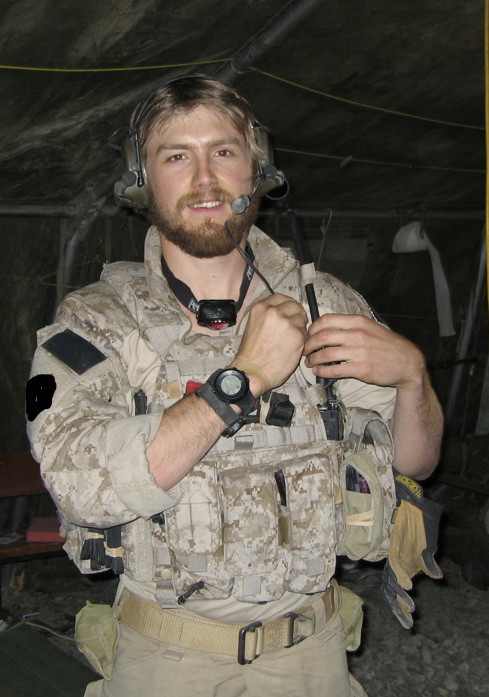 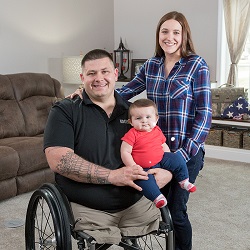 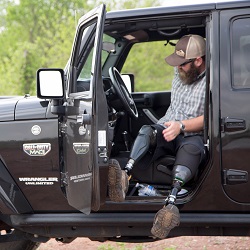 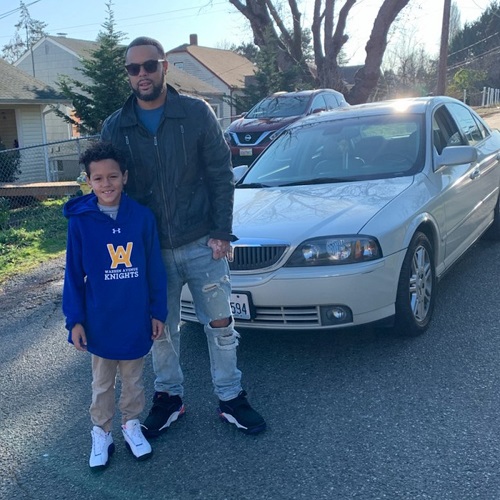 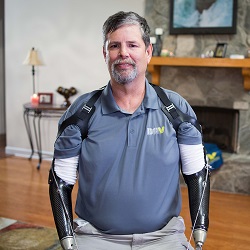 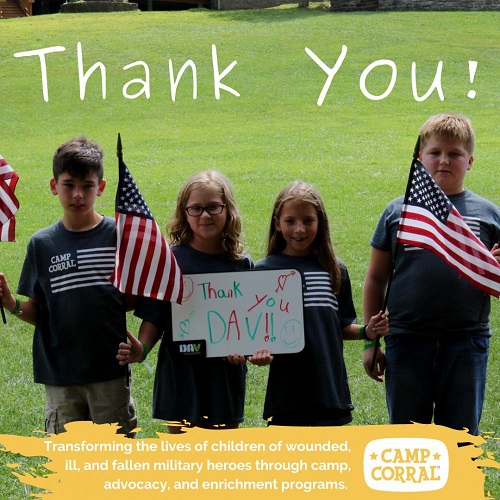 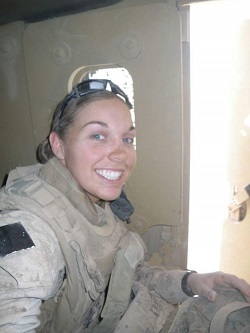 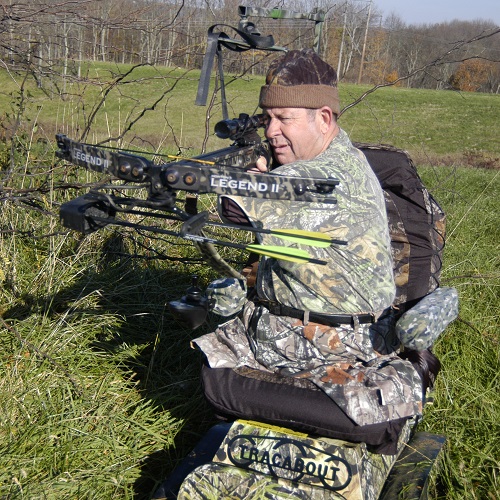 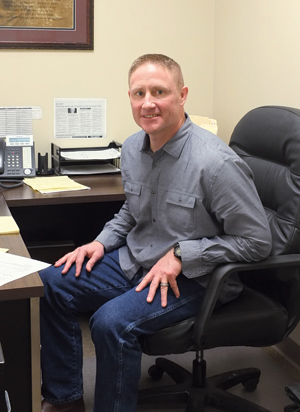